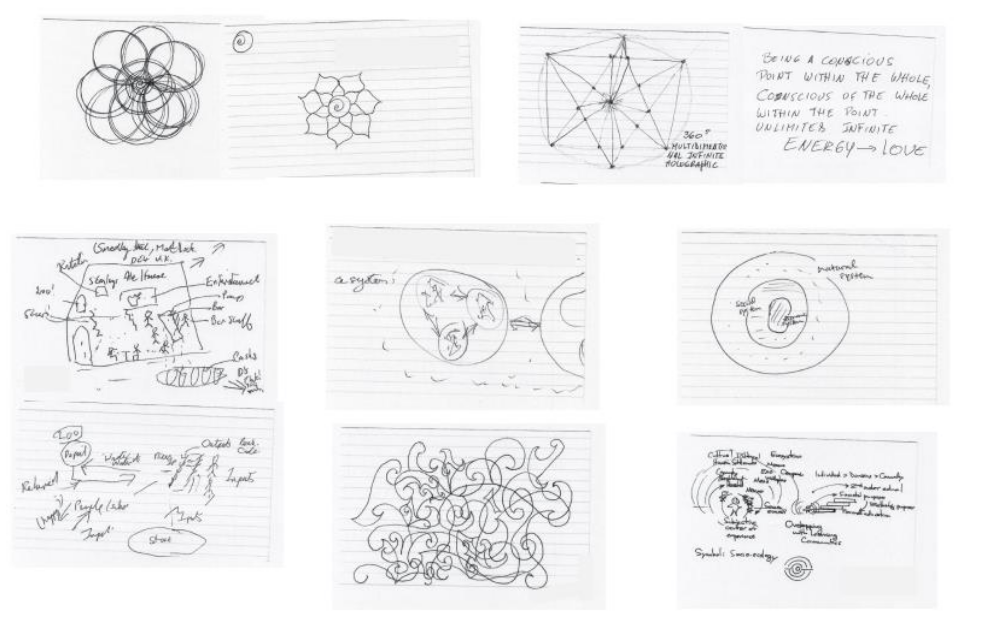 Pattern languages are both a simple and complex concept. Since its invention by architect Christopher Alexander, the concept has expanded and been used in several domains (software design, group facilitation, pedagogy, …) . I wrote previously about the potential of pattern language as a tool for conscious systems design (Permaculture Patterning, a design framework for systemic transformation). Today, I present key takeaways from researcher Helene Finidori’s latest work on pattern languages. Helene discuss Pattern Literacy as a way to support of Systems Literacy. Her paper is very interesting but very dense, so I took out key take aways about the use of pattern language as a tool for group alignement and cooperation and collective intelligence.

Pattern Literacy in Support of Systems Literacy -An approach from a Pattern Language perspective. Finidori, H. 2018:

Building upon work on ocean, earth, and atmosphere literacy as introduction to systems literacy on the one hand and on work on pattern languages and design on the other hand, this paper describes various properties of patterns. It outlines how patterns can be understood as ‘potentially structured,’ scientifically, cognitively and socially recognizable, and interoperable units of systemic meaning- making that can be operationalized into learning tools and methods that can lead to a natural appreciation of patterns in systems, and thus to a better understanding of dynamics of systems and complexity.
(…)
Focusing on patterns and combinations of patterns as micro units of meaning at various levels and scales seeks to build coherence among perspectives rather than cohesion. It can help avoid the temptation, all too frequent when groups with multiple identities come together to cooperate on complex issues, to seek alignment on vision, values, priorities, or vocabularies—or in other words, to build complete stories meant to guide cooperation—as a preamble to their work. In practice, many such efforts lead to frustration because conflicting interests and difficulties to articulate what is shared get in the way and result in waste of time and energy. Patterns as boundary objects or units of micro-narrative have a key role to play in collective meaning- making and in mediating communication within and across groups, in ‘plastic’ ways, when it is easier to reflect on smaller elements of a bigger picture, than on a one-piece story or model from which the individual parts are more difficult to apprehend, and which may elicit ‘take-it or leave-it’ types of attitudes. They are effective tools to be used in the course of hermeneutical inquiry 27 (Kinsella 2006)— a co-exploration in interpretation of meaning and intention at various levels of granularity- and in joint discovery journeys, where participants mutually learn from each other. Once patterns are discovered and made explicit, they act as attractors or centers around which opinions can be expressed, clustered and mapped, boundaries probed, controversies identified, and points of view and interpretations confronted and meta-stabilized, using Wikipedia types of processes. What lies ‘in between’ can be explored as boundary objects as well, enabling navigation across complexity factors and dimensions, and ultimately the construction of broader and more structured systemic stories.
(…)
In this type of intervention, the patterning process, as learning process, is as important if not more important than the patterns themselves and the final story as far as the conversations generated and the acquisition of pattern literacy are concerned.
(…)
Because they can be expressed or dealt with, with various types and degrees of formalism, in narrative and natural language, and from the most ‘artistic’ mode (low cognition driven mastery of the art) to the most ‘scientific’ (using reasoning and thorough systematic methods), patterns have the potential not only to become systemic intervention tools, but also systemic research tools, as suggested by Cunningham and Mehaffy 30 (2013).
(…)
In practical terms, purpose-seeking/context-adaptive modeling supported by pattern language as agile technology (Cunningham & Mehaffy 2013) would consist in decoding (i.e. interpreting and/or articulating) and encoding (modeling and prototyping) problem situations and responses with and into patterns, in order to track changes in configurations, processes and behaviors of pattern encoded objects, and adjust orientation in relation to intent.
(…)
This resembles a hacker approach, where objects are deconstructed and reconstructed.

In this blog, you will find insights about new collaboration and cooperation, models, open innovation, systems thinking, design, pattern languages and more...